Sophie + James’ Ettington Park wedding ceremony was held outdoors, in the ruins of an old church in one of Britains ‘most haunted’ buildings. I wasn’t even scared.

Sophie and James’ grandtastical Ettington Park wedding was in Alderminster, Stratford-upon-Avon. They had their ceremony on the grounds of the venue, which was great, because having everything in one venue meant more time for drinks. They chose Ettington Park, because it’s where they always wanted to have their wedding and they just love it there. It was such a relaxed wedding, which meant I had loads of freedom to approach the wedding as a guest. I love shooting weddings at Ettington Park, because the grounds are so varied and the photo ops are endless. 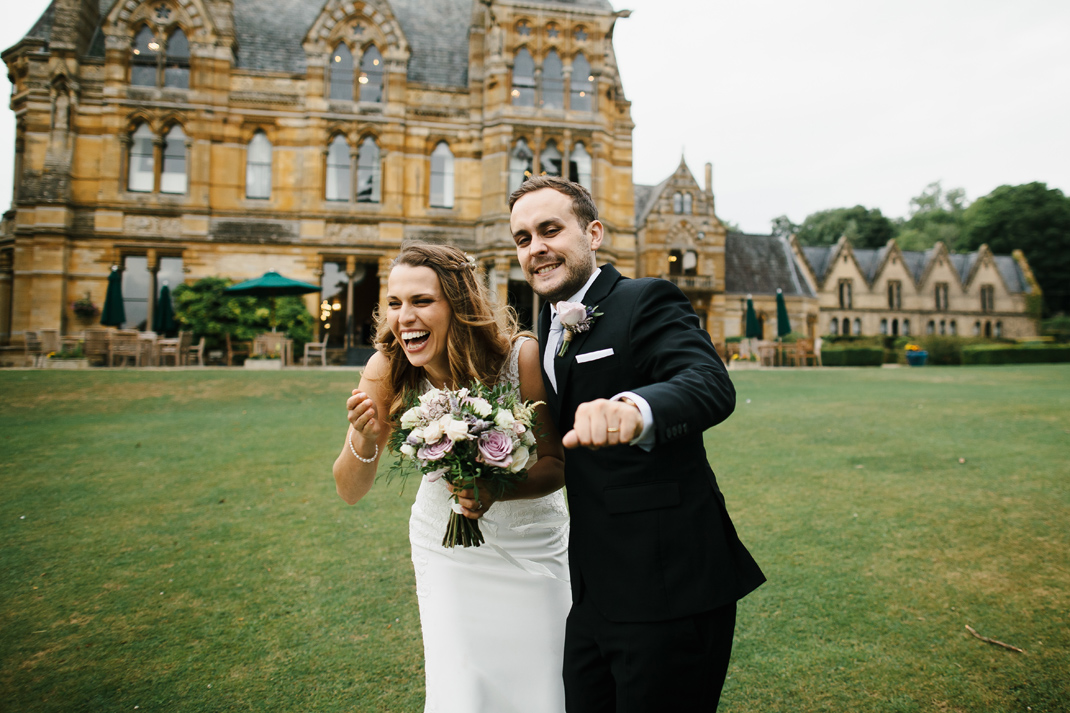 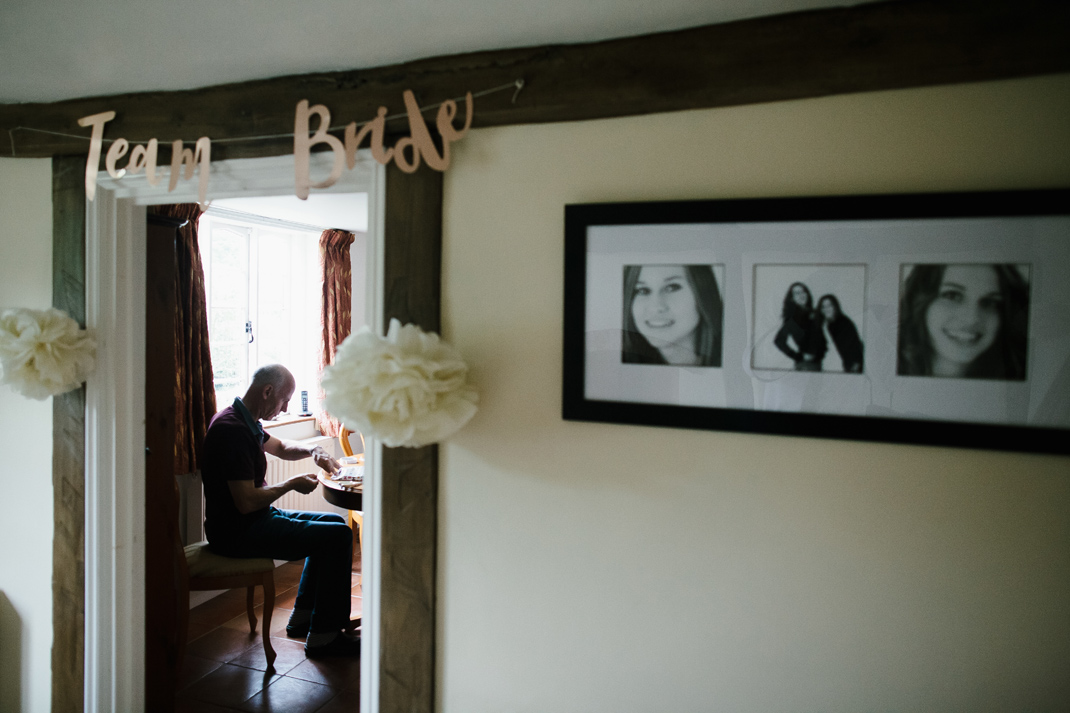 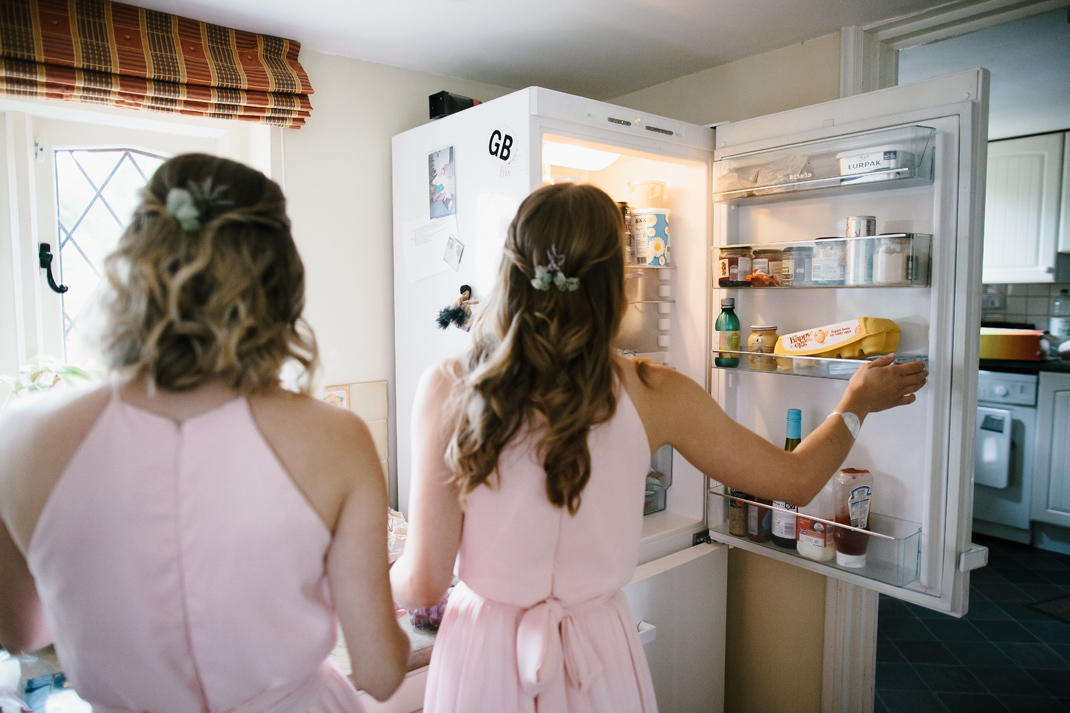 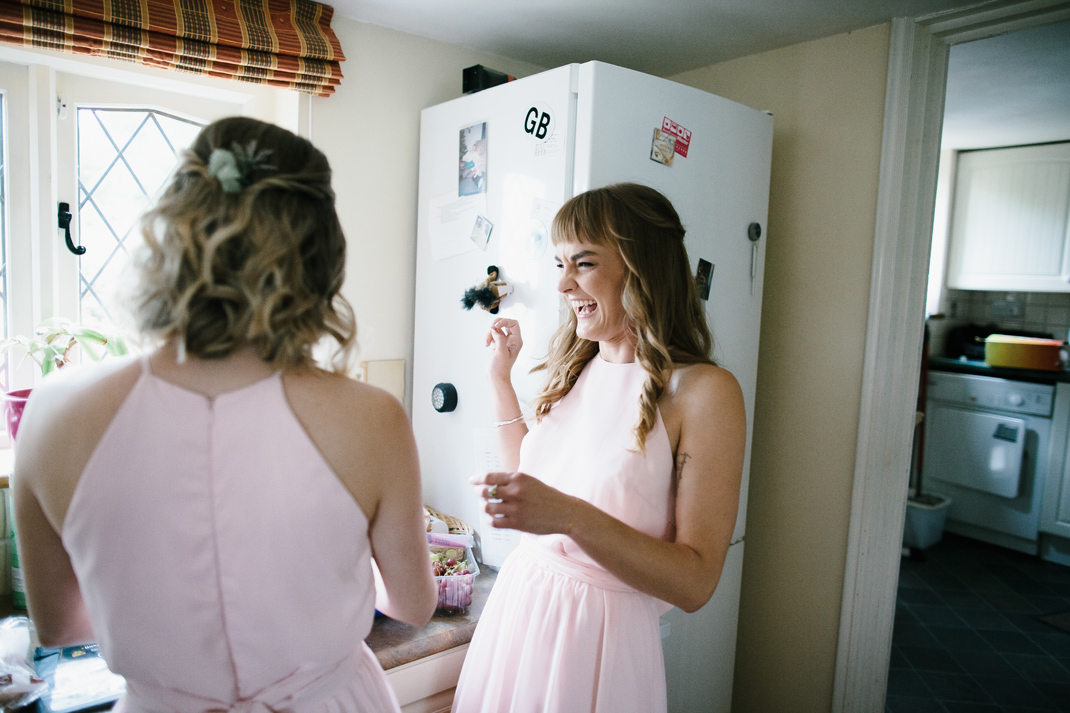 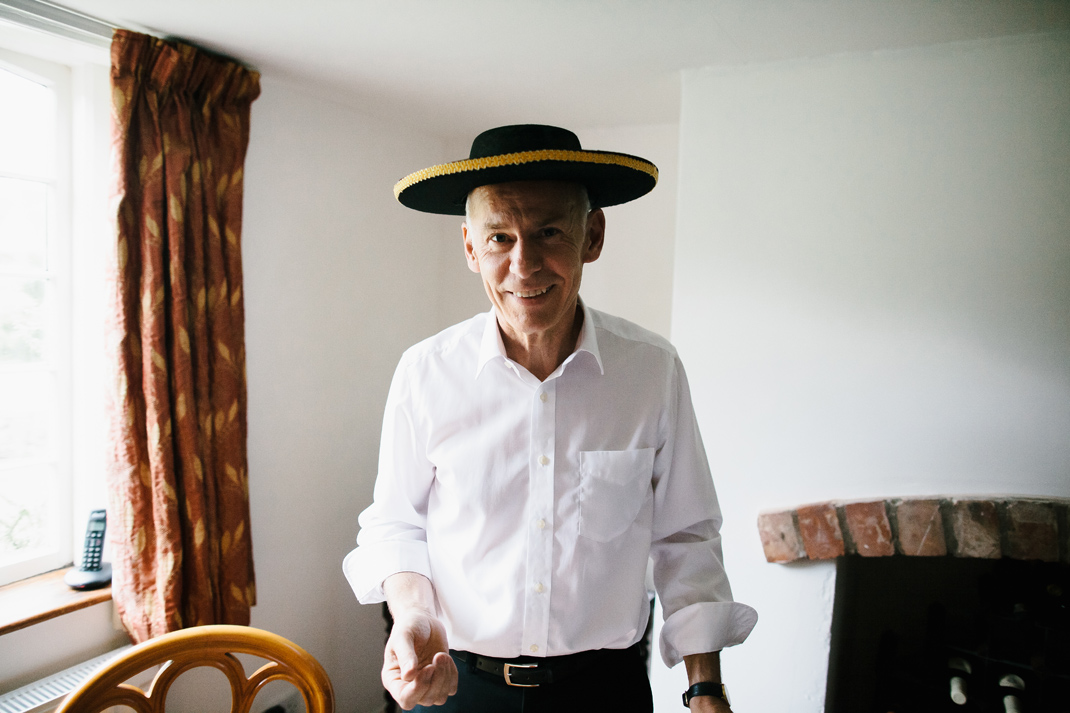 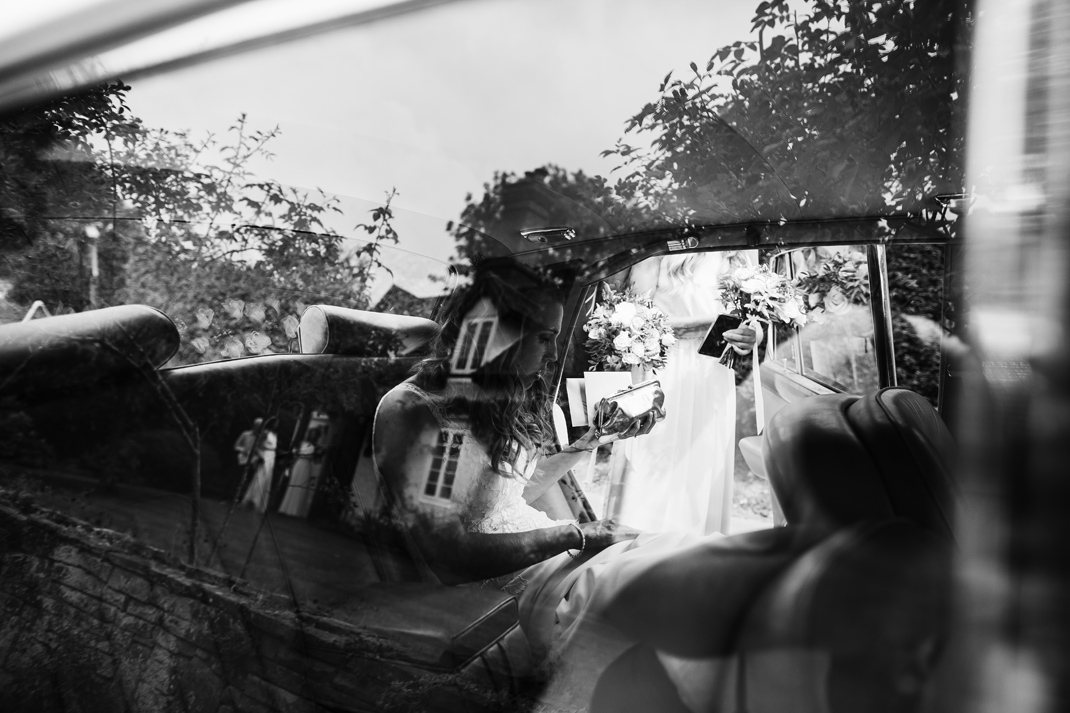 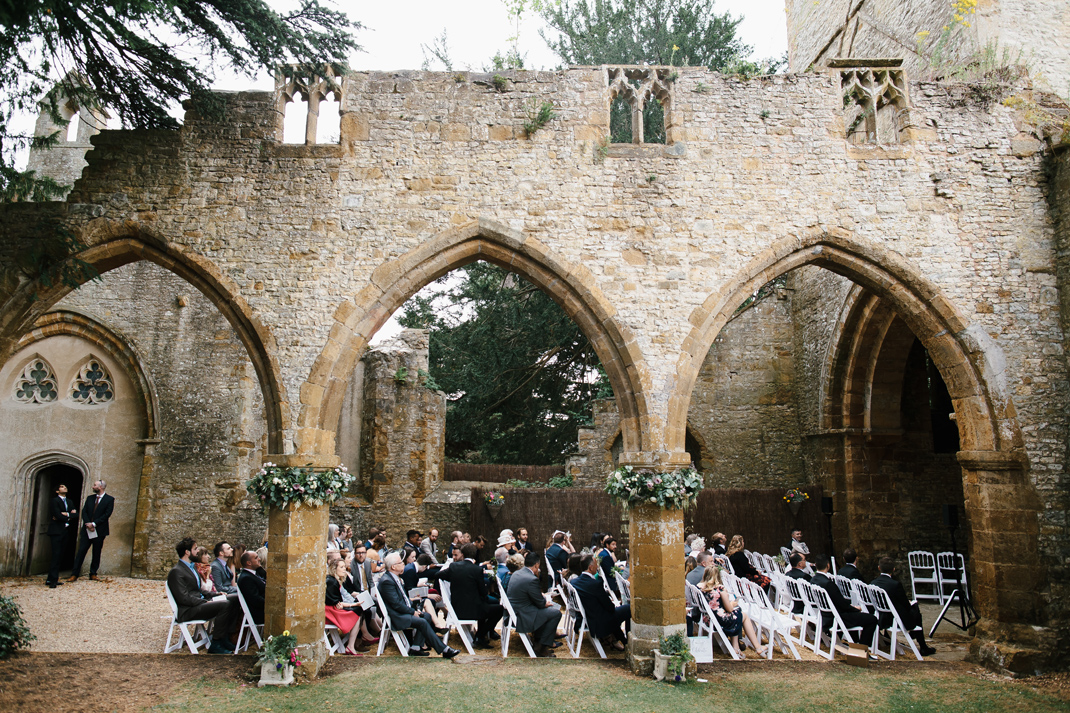 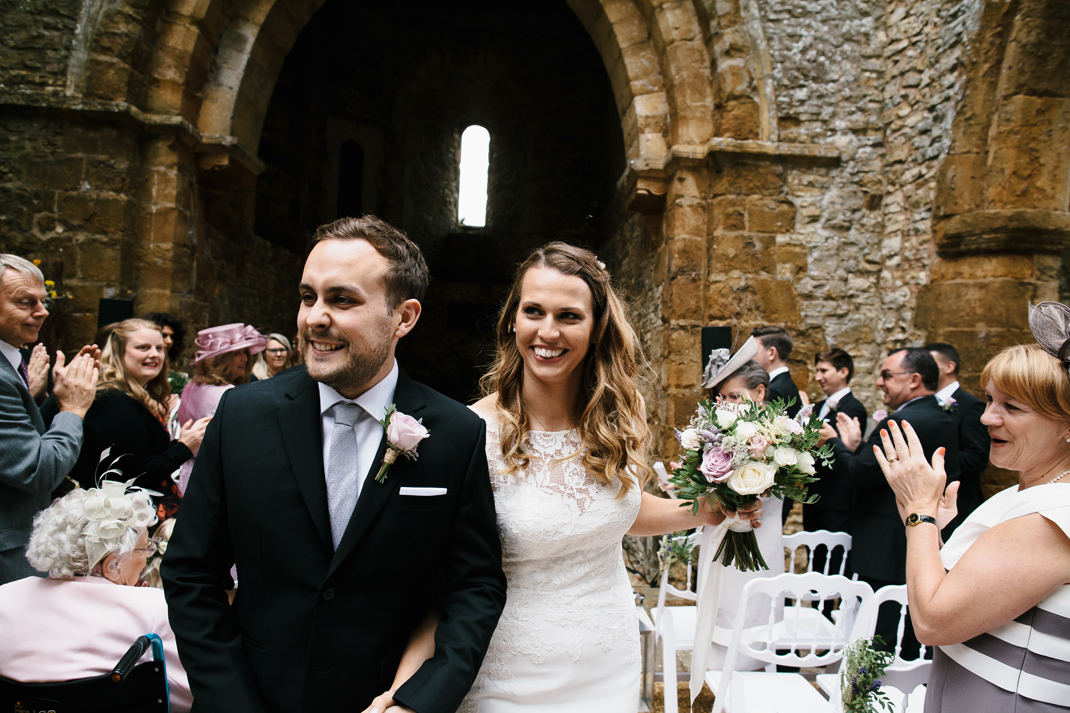 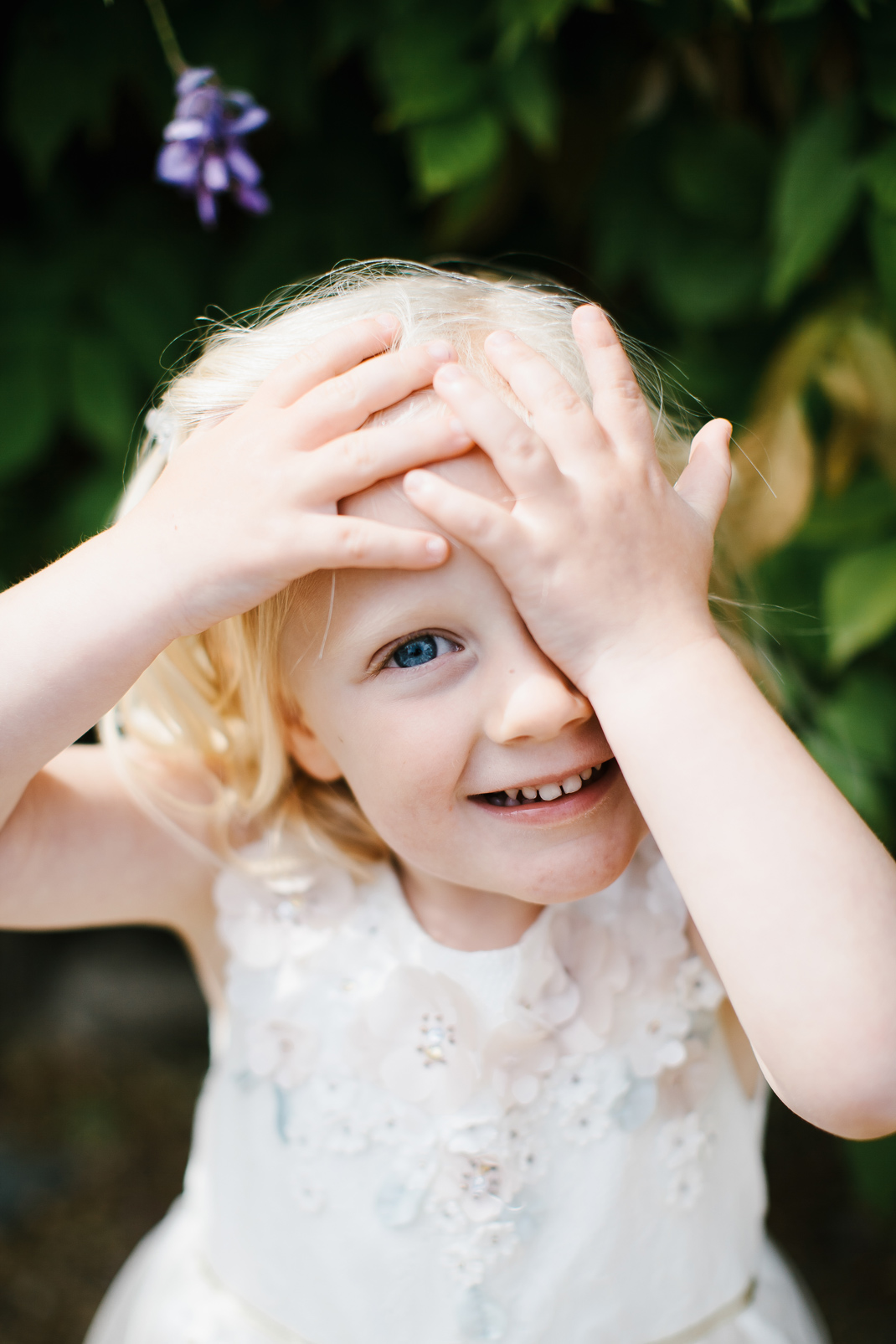 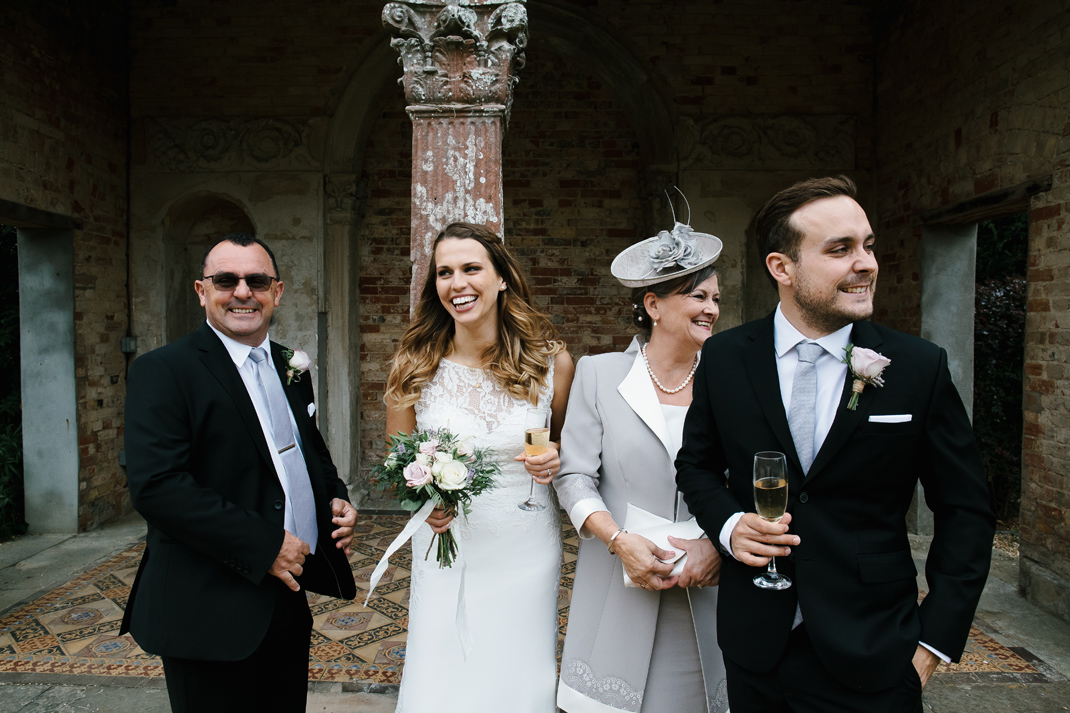 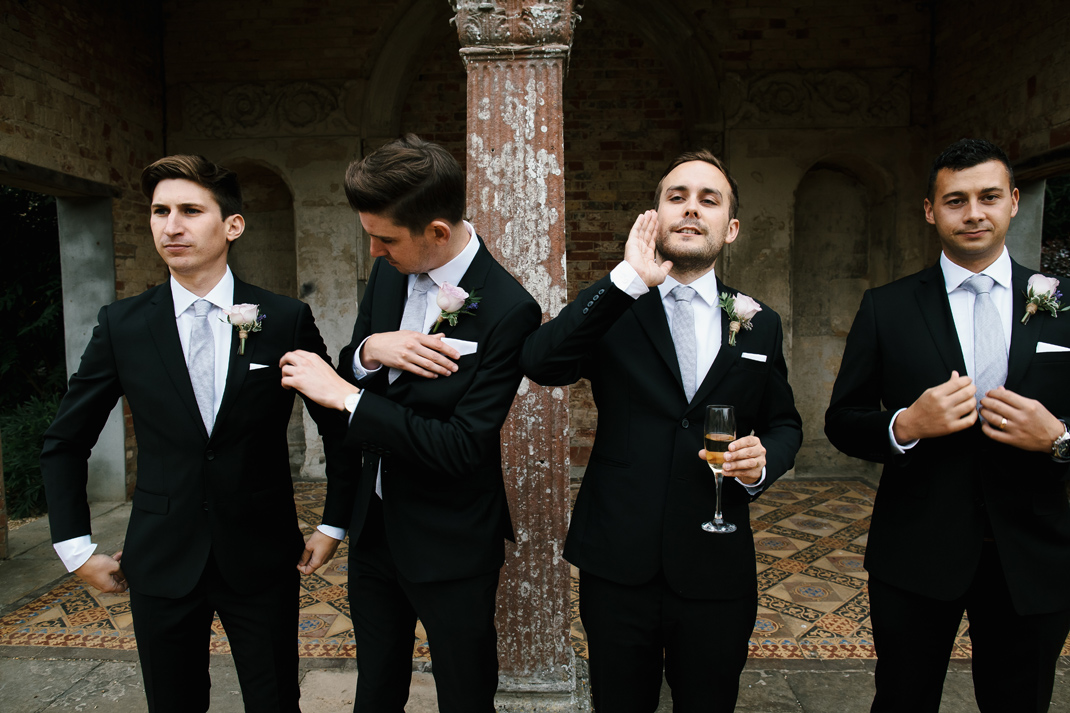 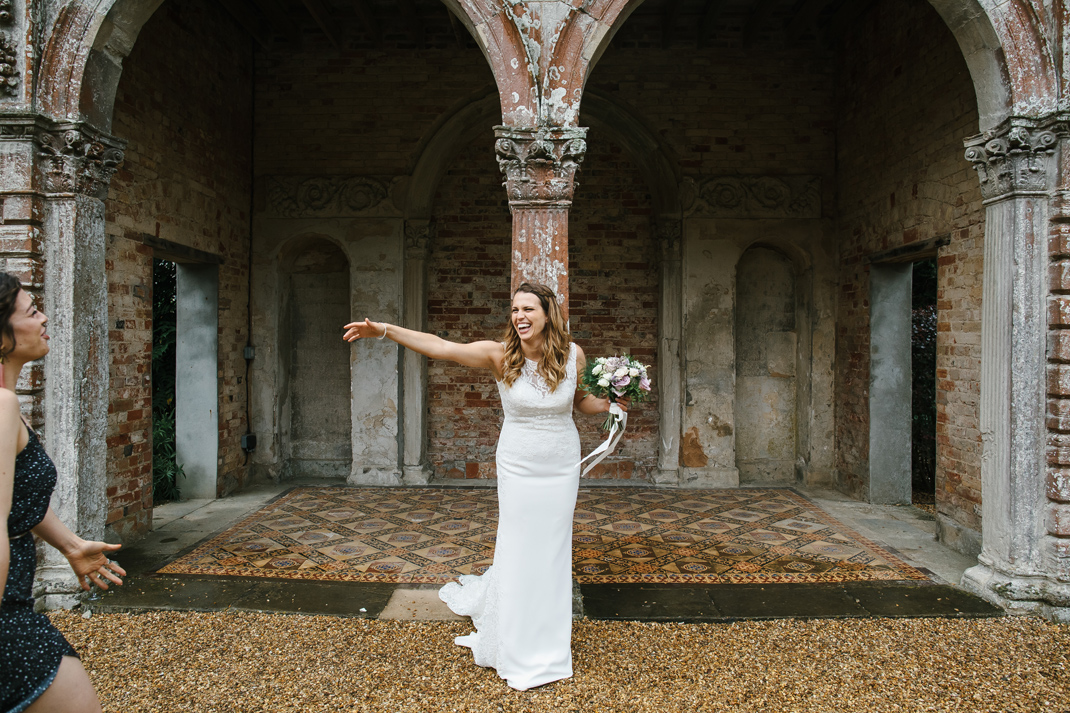 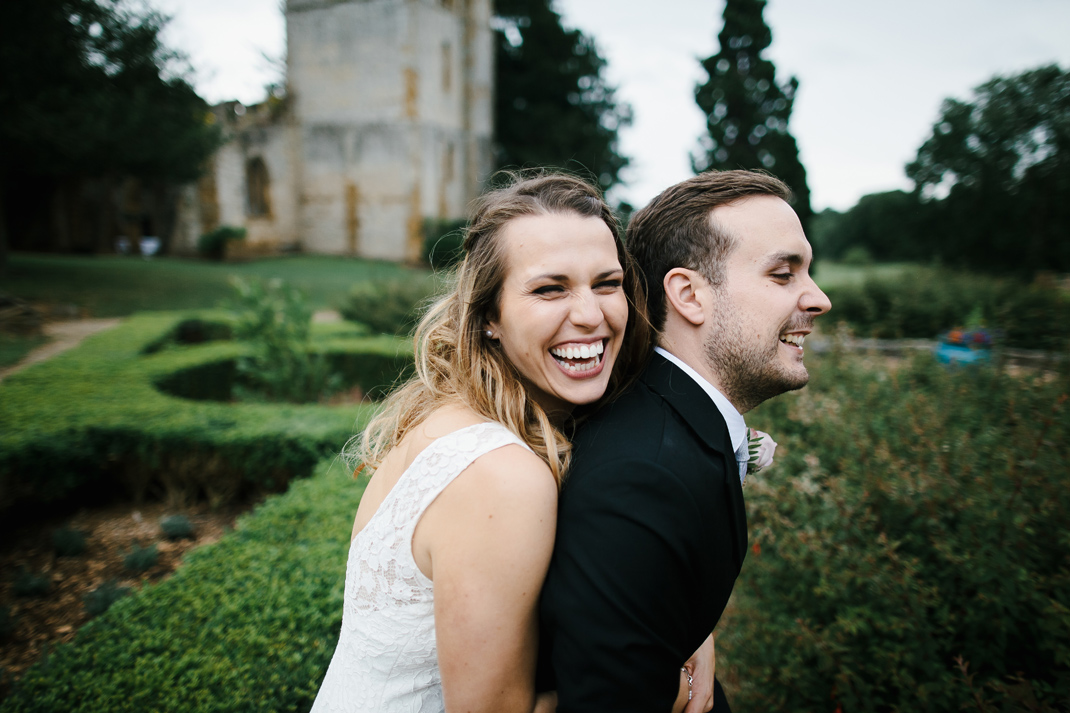 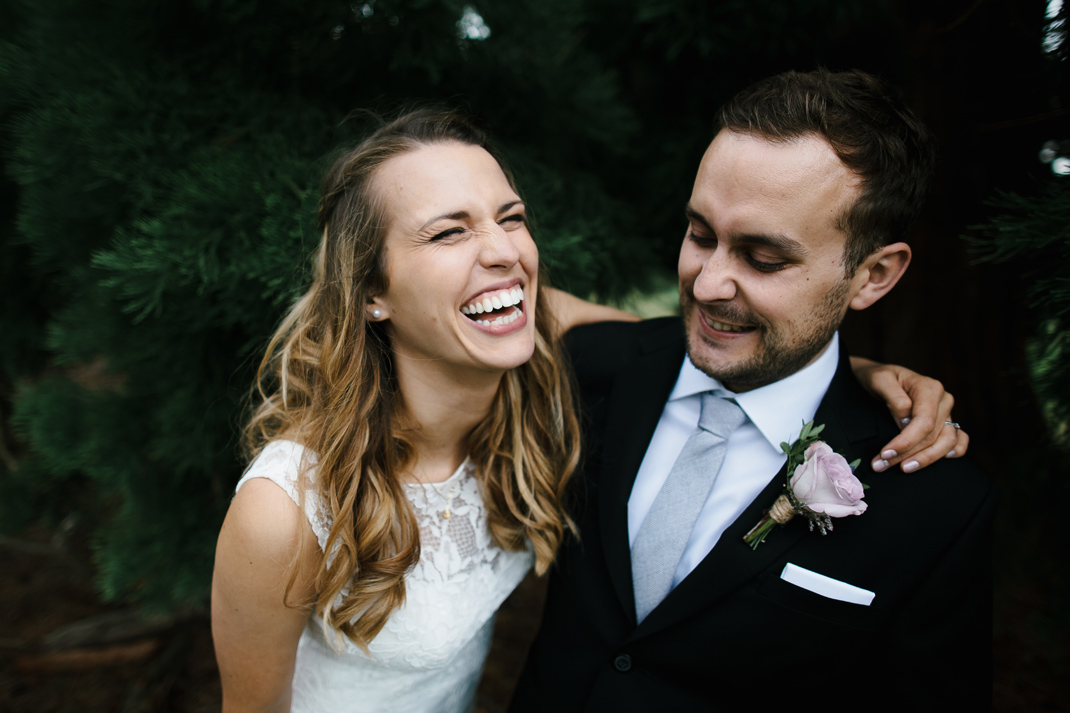 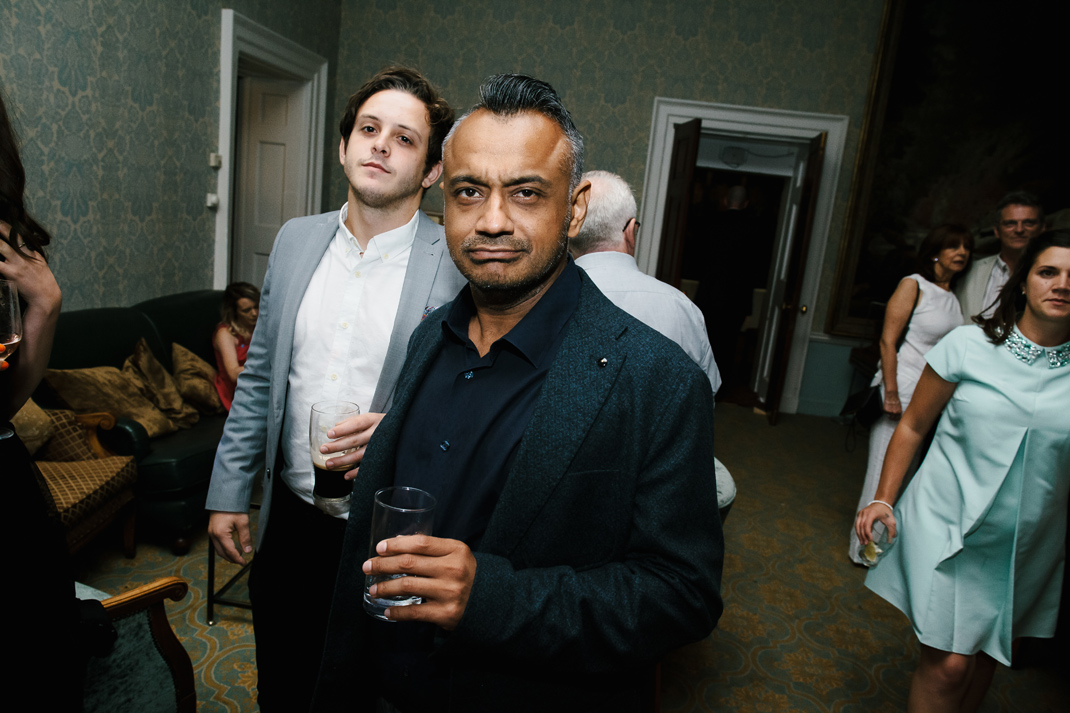 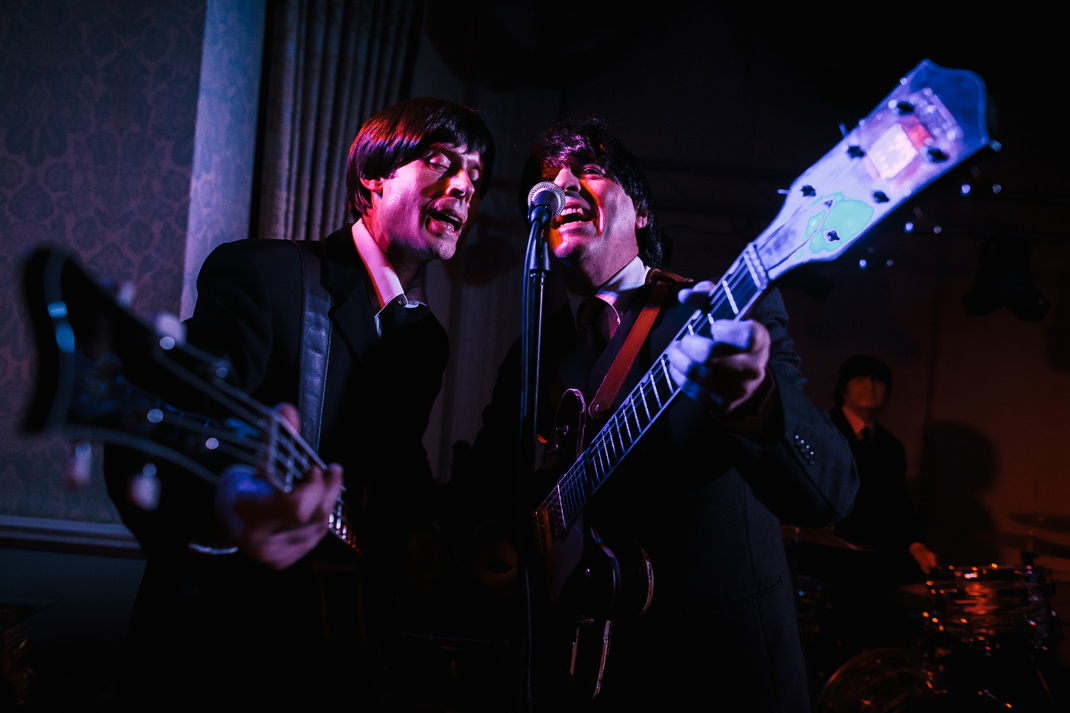 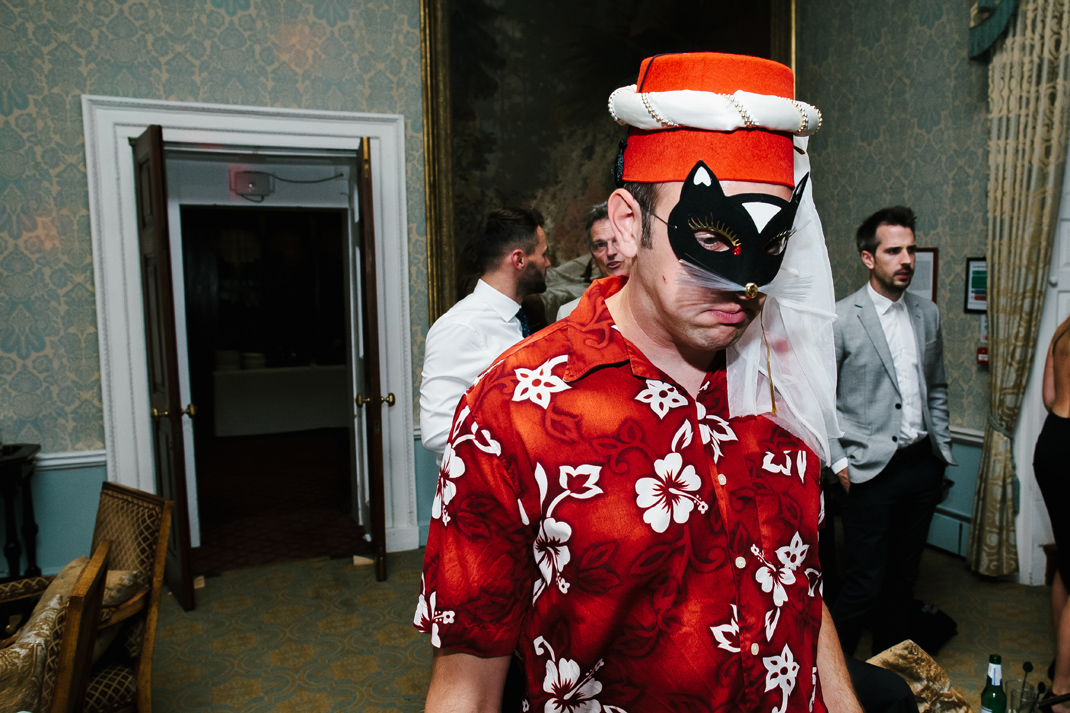 Sophie got ready at her parents home called the “Bridle cottage” (how kind of appropriate is that?!) She got ready with her whole bridal squad, and the atmosphere was full of excitement. “Team Bride” kept Sophie calm as they all crammed into her childhood bedroom to help her get ready. Sophie + her dad then jumped into a fancy wedding car to the ceremony.

The wedding itself was an intimate outdoor ceremony in the ruins of an old chapel in the grounds of Ettington Park. It was such a personal ceremony. Sophie + James seemed totally relaxed throughout + so happy to have all their family + friends around them.

The most fun part of the day was heading out for portraits, because Sophie + James love to laugh at each other + it was hilarious to hear their witty little stories. They also had a DIY photobooth during the party – it was so much fun! I didn’t actually know there was a photobooth until I spotted guests with random masks + costumes on the dancefloor (which made for some interesting photos).

Sophie + James got in touch with me back in 2016 and their enquiry really intrigued me. They said they wanted a fun photographer, and I really liked that they love cats as much as me. Sophie told me all about her cat which is ACTUALLY called Rio Purdinand, which might be fave cat name of all time.

Sophie and James’s wedding had such a fun atmosphere and everyone was there to have a great time. Here’s their awesome wedding!